Greetings all, and happy book birthday to THE AKSELI by Dianne Duvall. How exciting!
Today I have the pleasure of showing off this lovely author's character picks for a few of The Aldebarian Alliance members.
Lets hop to it! 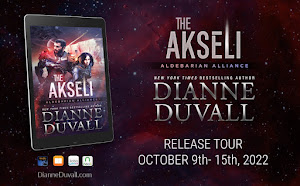 Simone has hunted and slain psychotic vampires night after night for hundreds of years and desperately needs a change. When the leader of the Immortal Guardians offers her an opportunity to guard ten mortal women who are venturing to another planet, she dives right in and finds traveling into space and meeting amazing alien races just as exciting as she'd hoped… until an enemy attacks. Simone saves everyone she can before she's thrust into an escape pod and the ship explodes. Alone, fearing some—if not all—of her friends have been killed, she vows to seek vengeance.

Despite his fierce reputation and propensity for violating the law, Janwar has formed a friendship with strait-laced Prince Taelon of Lasara. When the prince's ship is destroyed, Janwar joins the massive Aldebarian Alliance-wide search and rescue mission and soon locates the Gathendien ship that launched the attack. An odd thing happens, however, as he and his crew stealthily approach it. The lifeforms inside begin to perish, two or three at a time in quick succession. Much to his surprise, someone else has reached the ship first: one of the very Earth women he hoped to rescue.

Fascinatingly fierce, Simone bands together with Janwar and his crew to search for her missing friends and wreak havoc upon those who wish to harm them. She also widens eyes, drops jaws, and sparks laughter and mischief as she banishes the warriors' world-weariness and makes each day seem like a new adventure. The friendship that grows between Janwar and Simone swiftly deepens into love. But the enemy warriors they face are tenacious and boast more weapons in their arsenal than the alliance knows. Can Janwar, Simone, and such a small crew vanquish them?

Hello! Thank you for joining us. I’m happy to be here today, celebrating the release of THE AKSELI, the fourth stand-alone novel in my exciting new Aldebarian Alliance series. If you like action scenes that will keep you flipping pages long past your bedtime, strong heroes who love strong heroines, loveable secondary characters, and laugh-out-loud moments in your sci-fi and paranormal romance, then I think you’ll enjoy Simone and Janwar’s story.

Before I began writing full-time, I worked in the local independent film industry. And as I helped directors cast their feature films, short films, and music videos, I often imagined casting my own projects… namely film versions of my books. So today, I thought I would share the Dream Cast I’ve concocted for THE AKSELI:

What do you think? Who are some of your favorite actors and actresses?

Thank you again for joining us. If you’d like to read a fun preview of THE AKSELI, you can find one here: https://dianneduvall.com/the-akseli. I hope you’ll enjoy Simone and Janwar’s story! 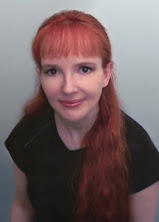 Dianne Duvall is the New York Times and USA Today Bestselling Author of the Immortal Guardians paranormal romance series, the Aldebarian Alliance sci‐fi romance series, and The Gifted Ones medieval and time‐travel romance series.  The Lasaran, the first book in the Aldebarian Alliance Series, was a #1 Audible Mover & Shaker. The Segonian, the second book in the Aldebarian Alliance Series, was a Barnes&Noble Top Indie Favorite. Audible chose Awaken the Darkness as one of the Top 5 Best Paranormal Romance Audiobooks of 2018. Reviewers have called Dianne's books "fast-paced and humorous" (Publishers Weekly), "utterly addictive" (RT Book Reviews), “extraordinary" (Long and Short Reviews), and "wonderfully imaginative" (The Romance Reviews). Dianne's books have twice been nominated for RT Reviewers' Choice Awards. And her audiobooks have been awarded the AudioFile Earphones Award for Excellence.

In addition to writing romance, Dianne has completed a one-act play (comedy) and teamed up with an award-winning screenwriter to write a spec script for a new situation comedy. Several of her poems have also been published in anthologies.

When she isn't writing, Dianne is very active in the independent film industry and has even appeared on-screen, crawling out of a moonlit grave and wielding a machete like some of the psychotic vampires she creates in her books. 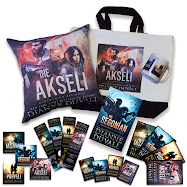 That is all for now. Be sure to check out Dianne Duvall's newest Sci-Fi Romance release, follow her on social media, and get ready to soar beyond galaxies! If you need me, I'll be slaying Gethendians with Simone😉 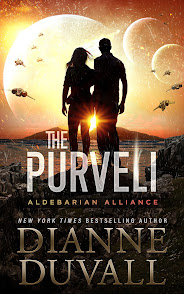 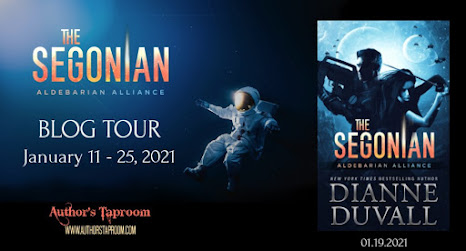